Death Valley is the lowest, driest, and hottest location on the North American continent. Death Valley’s harsh climate is due in large part as a result of a rain shadow effect created by the uplift of the Sierra Nevada Mountains to the west. 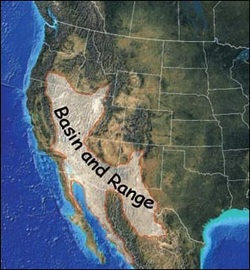 Death Valley lies in the Basin and Range Province of the western United States. This area is a series of mountain ranges and valleys created by the pulling apart of the North American Continent. This area has been pulling apart for the last 25 million years and is still pulling apart to this day. As the crust stretches, the resulting extensional force produces as series of normal faults allowing large scale vertical movements of the Earth’s crust. This produces a geologic feature known as horst and graben, with the horst being the uplifted portion and the graben being the subsiding portion.  Some geologist estimate that this expansion has increased the width of this region by more than 100%. Death Valley is an example of a graben with the uplifting Funeral and Panamint mountain ranges comprising the bounding horsts. 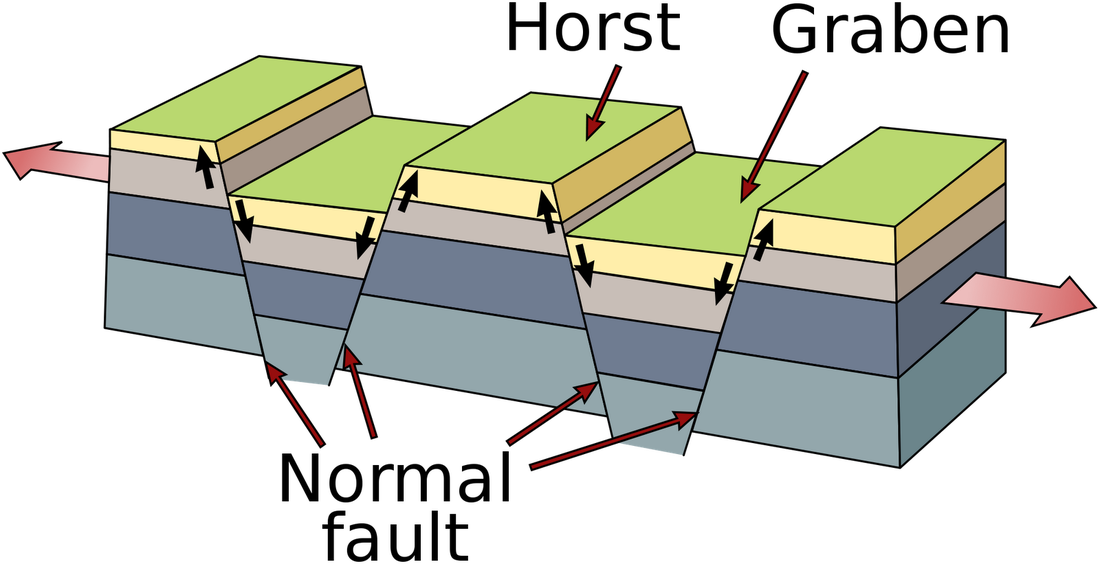