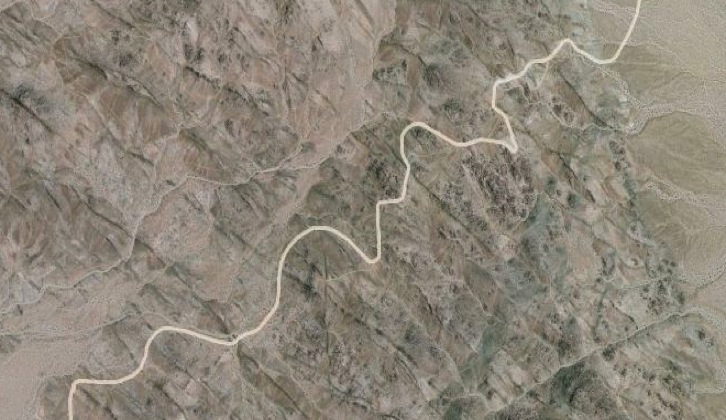 The Independence Dike Swarm is a radial dike swarm that extends from the Sierra Nevada batholith south east towards Independence California, and is about 3500km. Dating of the dikes reveals two distinct events, one about 135 million years ago, and the other 90-95 million years ago. The formation of the IDS is associated with the shifting of the San Andreas fault from a subduction zone to a right lateral strike slip fault like it is today. The picture above is the area in the Fry Mountains where we observed and mapped some of the dikes.
What is a dike? Are they all the same?
A dike is a tabular sheet-like igneous intrusion that is vertically or steeply inclined to the bedding of preexisting beds.
The IDS contains three different types of dikes, each with their own fancy shortened names. The first type of dike is referred to as a MAD, which stands for Mafic Aphanitic Dike. This dike, when observed on a fresh surface, is dark in color, thus, is labeled melanocratic, meaning it is entirely dark in color. MADs are the darkest of the three, and are black to dark charcoal gray in color. Aphanitic refers to the crystal size in the rock itself. If a rock is classified as aphanitic, it means the crystals in that rock are extremely small, and usually only visible under and hand lens or microscope. Mafic refers to magnesium and ferric, the Latin word for iron. MADs are characterized by and abundance of crystals containing magnesium and iron, much like a basalt. These elements are referred to as highly compatible, meaning crystals love to include them in their structures. The next type of dike resides at the other end of the spectrum, and is called a FAD, or a Felsic Aphanitic Dike. These dikes are aphanitic like their MAD counterparts, but are primarily felsic. Felsic rocks are rich in feldspars and silica, which is present as quartz. As it is explained below, when the underplating occurs, partial melting of the crust removes incompatible elements front he crust because they are the most loosely held in the crystals. FADs are leucocratic, meaning they are white in color. Leuco is a prefix also used in biology for white blood cells, or leucocytes. Transitioning back to geology, these dikes represent the other end of the spectrum from MADs. The last type of dike are the IPD, or Intermediary Porphyritic Dike. These dikes are the easiest to distinguish due to their porphyritic textures. Porphyritic refers to a distinct difference in crystal sizes existing in the rock, with one being consistently larger than the other. The IPDs have feldspars in them that make them quite easy to identify. IPDs are usually gray in color, being that they are the intermediary between MADs and FADs, and the feldspars present in them are white and rectangular in shape.

Well how did this dike swarm form?
There two essential processes to understand when talking about the formation of the IDS: underplating and extension. Underplating is the process by which the magma rises to ultimately form the dikes. When magma from the mantle rises, it can collect underneath the crust, and begin underplating. When this occurs, the magma will partially melt the crust above it, and the buoyant magma will rise up through cracks in the crust. The diagram below shows the basic outline of how underplating occurs, from magma rising from the mantle, to the actual underplating of the crust. 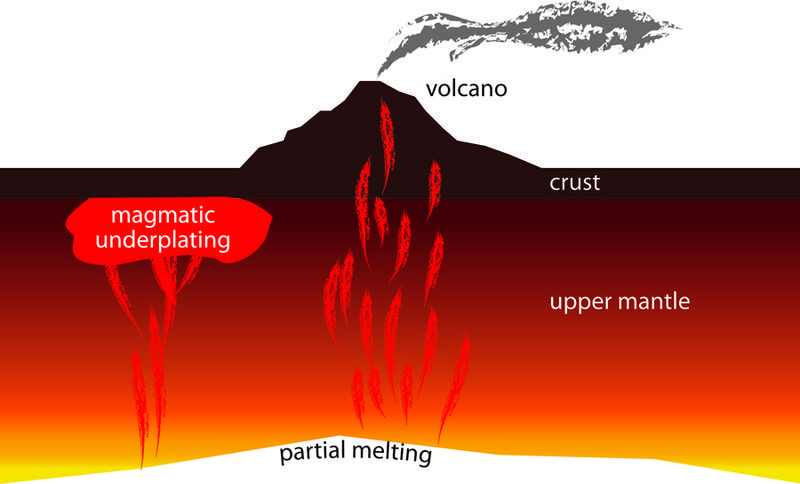 The second process through which the IDS formed is called extension. When the magma rises up through the crust, it is much hotter and resistant, and when it cools to form the dike, a cut is opened a creates a scar like feature on the surface. For better visualization, look at your hand with your fingers all touching. That represents the crust prior to extension. Now spread all of your fingers apart. You just simulated extension in the palm of your hand! The fact that in some areas the dikes are very close to each makes an awful lot of sense when we delve further. When scarring occurs, the weakest point is on the edges, right? So if another event occurred, we would expect the edges to split, extend, and be filled by more dikes. 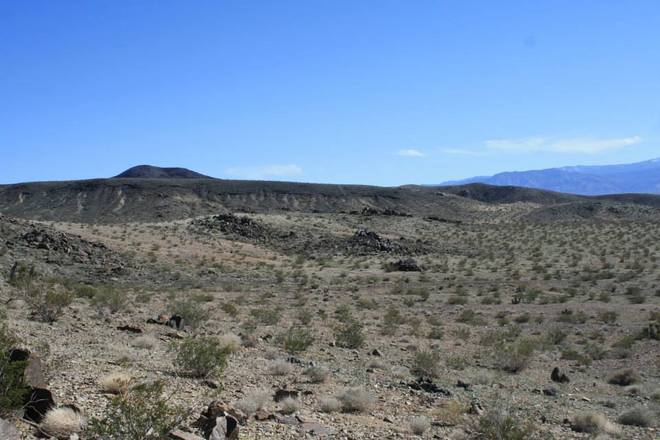 As seen in this photo (courtesy or Mr. Josh Allison) the remnants of exposed dikes are scattered throughout the terrain, with a majority of these being IPDs. The IPDs remain due to their porphyritic textures. Feldspars in the IPDs allow the rock to be more stable because it has less surface area and more volume, making it more difficult to break down. Comparatively, the MADs and FADs break own more easily because they have more surface area and smaller crystals as a result of their aphanitic textures, making them far less resistant to weathering. 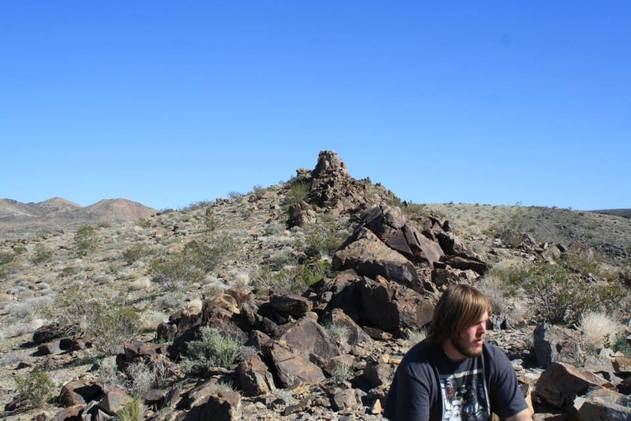 Here we have another photo, courtesy of Mr. Allison again, featuring a lovely IPD, with Steel for scale.
References