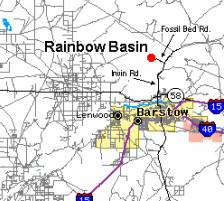 Rainbow Basin is a glimpse into the geology under the surface that is rarely ever seen. One may view this area as a complete anomaly, however this is not the case. All along the western coastline of the United States the landscape is being warped, folded, compressed, and stretched. The basin has been carved out by erosion over time and reveals what is underfoot everywhere you go. 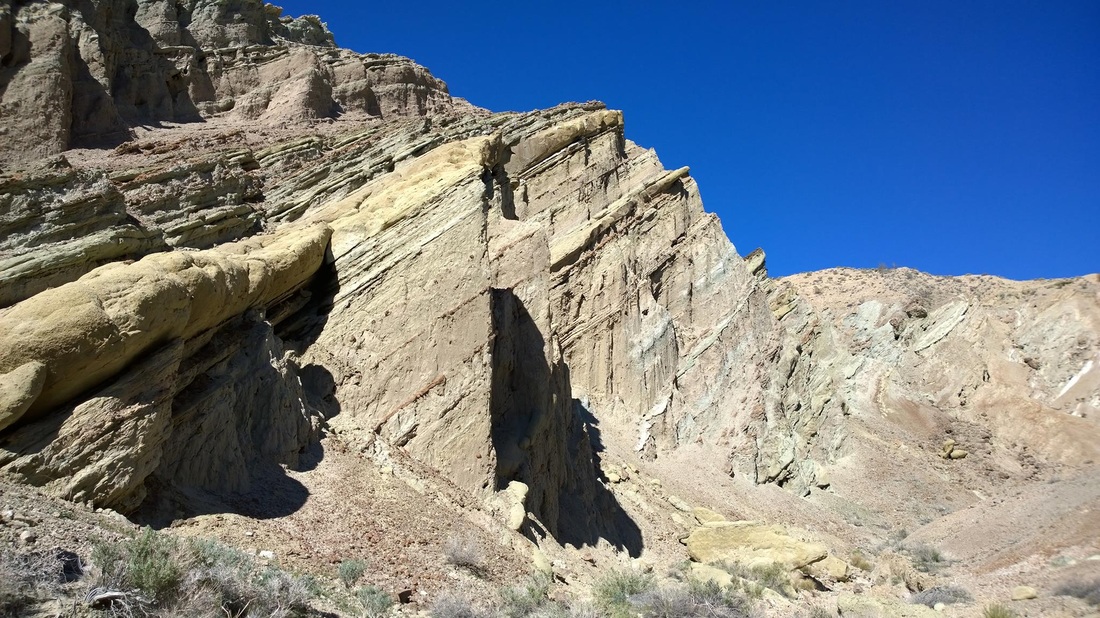 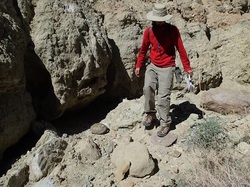 To the left is a rare sight indeed. The Desert Tortoise is an endangered species native to the Mojave area. The tortoise is so endangered that it is against the law even to touch them.
Along with the tortoise are several species of small lizards, and small shrub sized plants. 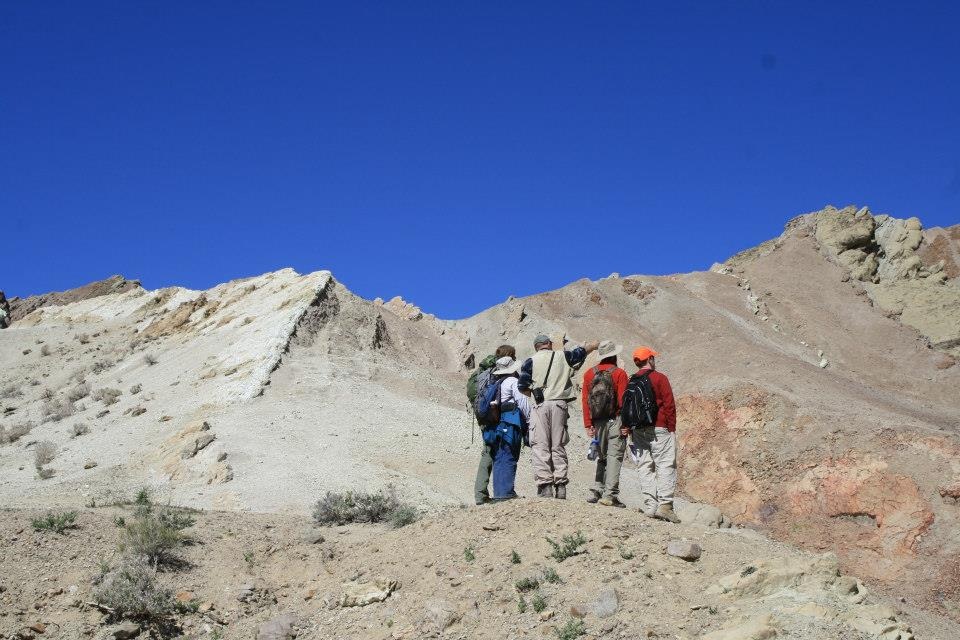 Rainbow basins trademark Barstow Formation is a massive syncline overlain by an angular unconformity of the desert floor. The Basin lies in an East-West orientation with several faults pushing the axis North and South. 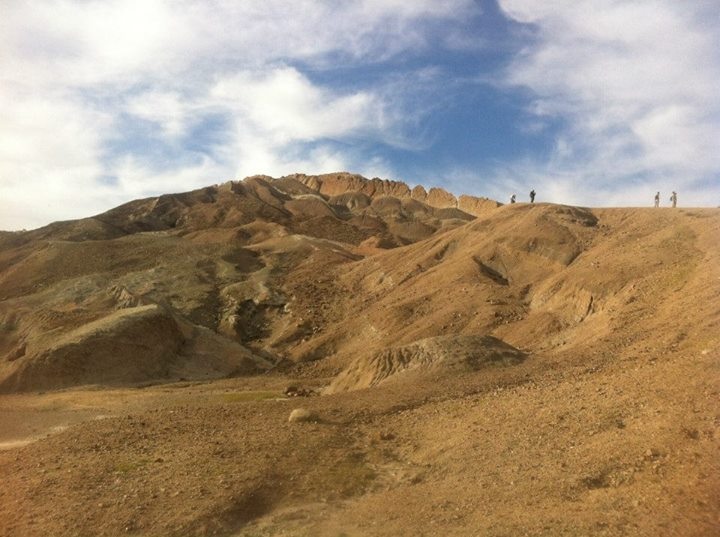 The Jackhammer formation is the oldest formation, being cross cut by dikes dated to be around 25 million years old. This formation is most apparent in the northern edge of the basin. The Jackhammer overlies a layer 30m thick of quartz monzonite and consists of conglomerate, basalt, tuff, tuff breccia, and tuffaceous sandstone totaling 240m in thickness.

The Pickhandle formation is the largest of the three main units being 1,300m thick. This layer is composed of gray conglomerates, arkosic to tuffaceous sandstone, a middle of lithic tuff and andesitic tuff breccia, and topped off by a unit of granitic and rhyolitic breccia and megaconglomerate. This layer is more volcanic in composition than the other two units. This formation is roughly 18-19 million years old.

This formation is the most easily exposed on the surface of the basin. 1,000m thick its edge blurs with the Pickhandle formation at a layer of megaconglomerate. This generally fining upwards formation is layered with fluviatile and lacustrine sediments, which were folded into a syncline at the same time as the faulting that occurred. 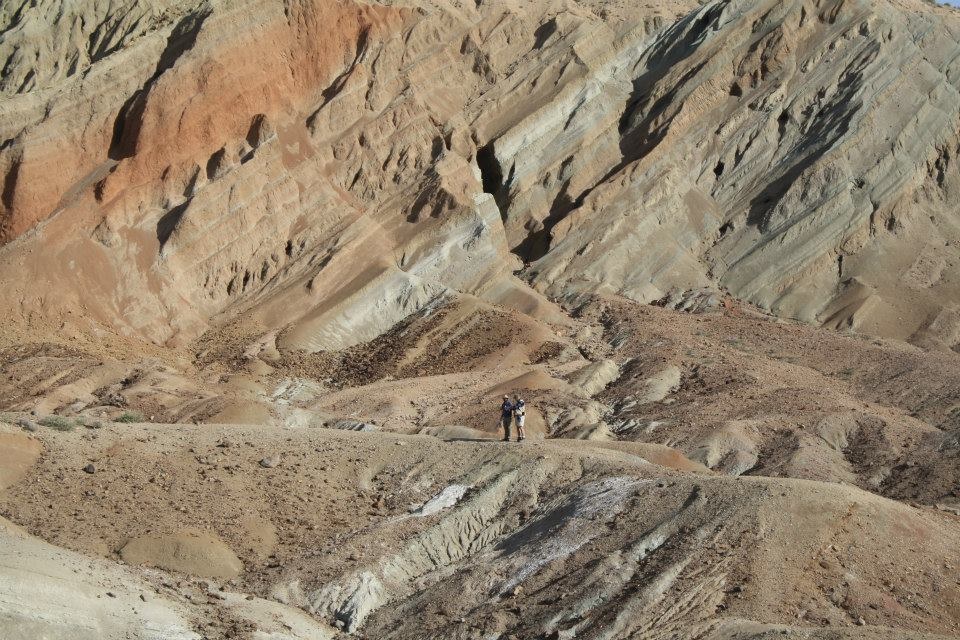 For More Information Please Go To...

Roadmap photo accessed from http://geology.campus.ad.csulb.edu/VIRTUAL_FIELD/Rainbow_Basin/rainmap.htm
Note: All other photographs are owned or provided by myself.