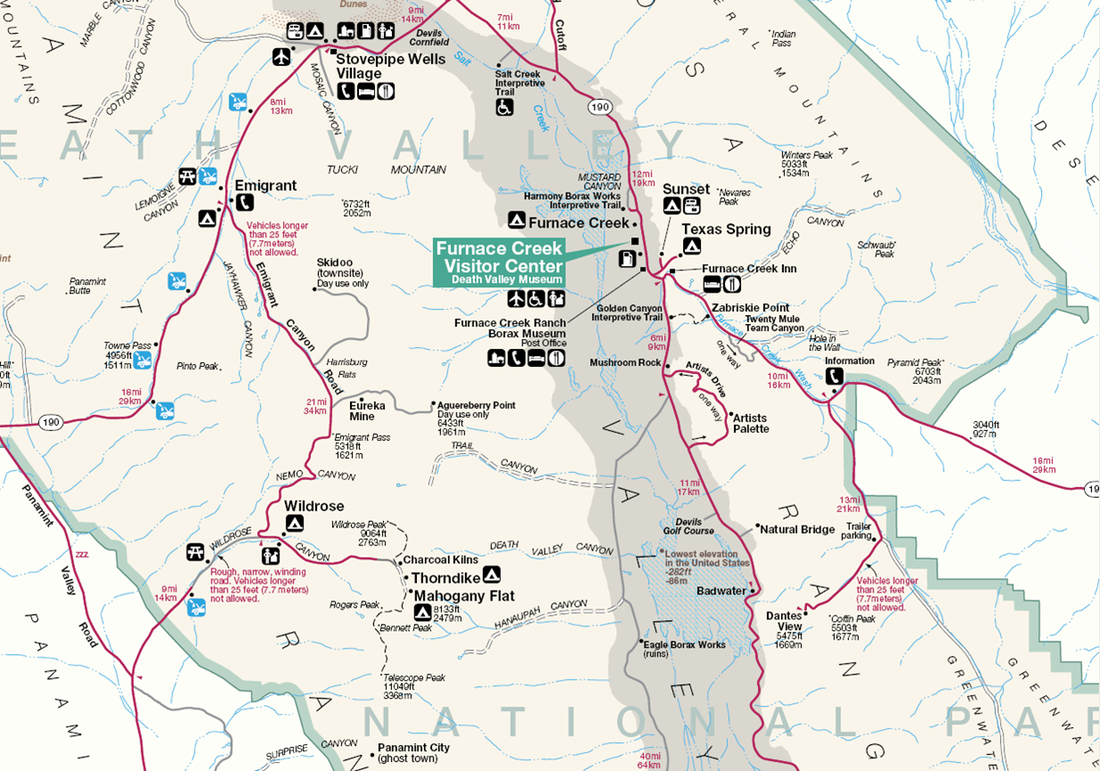 Ubehebe Crater is a maar type volcano located within the Northern part of Death Valley near Scotty's Castle. The crater was formed roughly 2000 tears ago by a build up lava that infiltrated the water table beneath the surface. The result was a build up of pressure that turned the groundwater into steam and blasted the surface  rock apart sending debris for miles. The result was a 600ft deep crater and a desert landscape buried in 150ft of debris, this area is called the cinder field. Exposed within the crater was the regional dip which was comprised of a quartzite sand, as seen in the mid left title picture, and at least six alluvial fans, which can be seen the further most right title picture. Alluvial Fans are build up of sediment that form over time. Some are so large they can only be entirely seen from the air.

Due to the rock formations found within the walls of the crater it is believed that before the eruption of the volcano that the landscape was a river or lake setting. ﻿The sedimentary rocks that are layered around the main crater are  beds of smooth stream deposited conglomerates. Made mainly of quartzite , limestone and mudstone and most of these are of the Miocene age. While Ubehebe dominates the southern portion of the site it has many satellite craters that surround its basin. Most of these small craters or gullies are roughly 15 to 20ft deep . These two sites are classified as the Western Crater Group ( Oldest) and the southern crater group (youngest)
﻿ 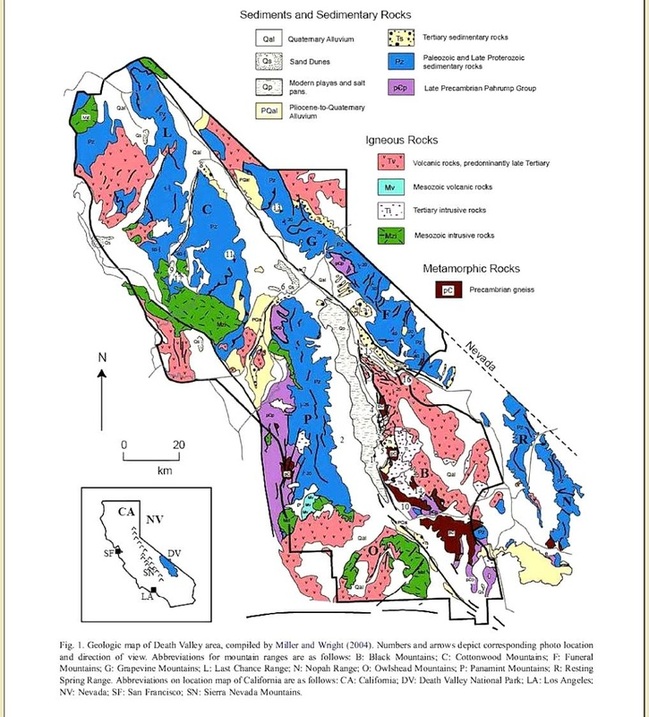 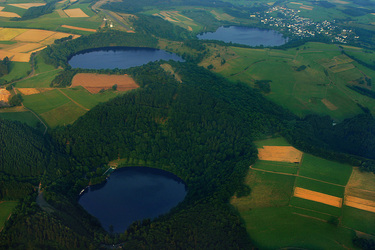 
Maar type volcanoes can be found all over the world and are often looked over as lakes. The reason for this is due to the fact that most maar volcanos are located near bodies of water or in very rainy areas and thus the caldera fills up over time with lake or rain water. 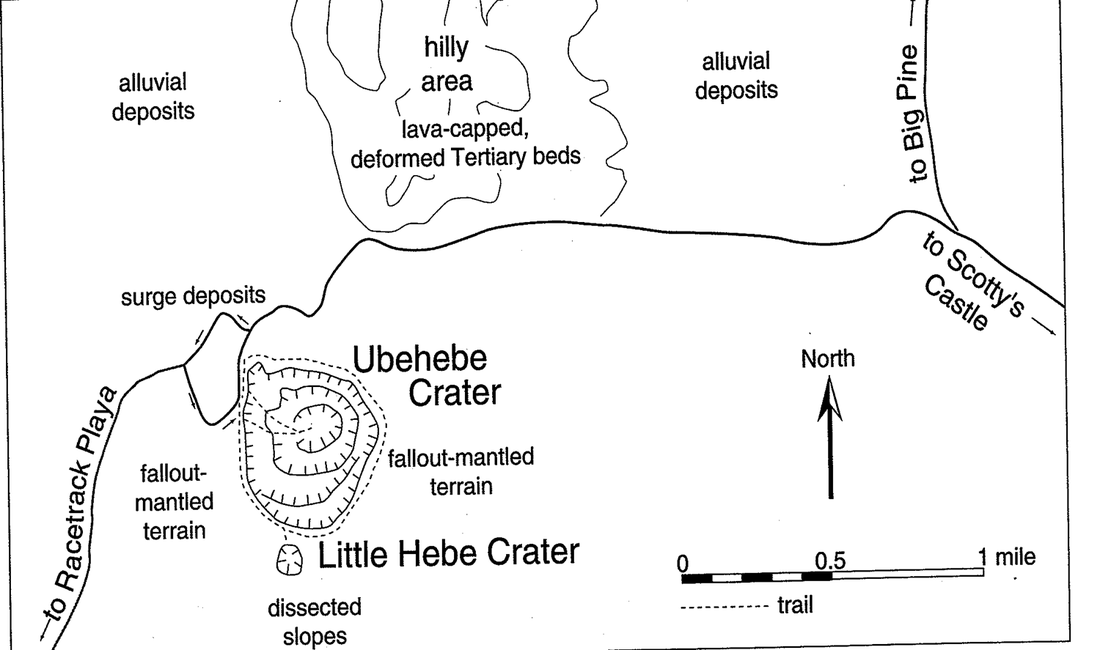